On The Impossibility of Socialism 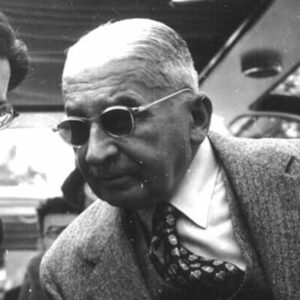 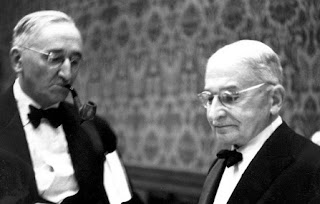 Over a century ago, in 1920, Ludwig von Mises wrote what is undoubtedly the most important essay in the history of the field of economic science, namely: Economic Calculation in The Socialist Commonwealth. In that essay, Mises utterly destroyed the intellectual foundation of the theory of socialism. Mises definitively demonstrated that socialism is impossible in an advanced economy because of the fundamental deficiencies of calculations in kind.

Until the calculation debate of the 1920s, socialist theorists of the Marxian school had failed to pay any attention to the economic problem of resource allocation in an advanced economic society.

According to Marx, it was a fact of the inexorable laws of history that socialism would one day usurp capitalism. Socialism was inevitable and therefore it must be workable they thought. In short, the socialist theorists had assumed away the economic problem in their fervent belief in spurious laws of history.

Before we can see why socialism is doomed to fail, we must first ascertain what functions an economic system must fulfil and how the market economy fulfils them. The task of an economy is to direct scarce resources to the satisfaction of the more urgently felt wants of society’s members. This is true in the case of an isolated individual, such as Robinson Crusoe, and the case of millions of individuals interacting under the division of labour.

There are, however, two major differences. First, the resources with which Robinson Crusoe deals are minimal. The most versatile resource in his possession is his labour. He also has access to the original nature-given factors of production—land and whatever natural resources he acquires. Because the resources in his inventory would lack a significant degree of versatility, the choices facing Crusoe regarding their use would not be so complicated as to necessitate quantitative calculations about the results of different employments. Secondly, Crusoe is the only intelligent mind appraising the various producer and consumer goods for their utility in satisfying his preferences. For his purposes, calculations in terms of physical output (often called calculations in kind) would be sufficient. Crusoe’s scale of values would operate to determine his actions; objective profit and loss calculations would not be necessary. Contrariwise, these decisions are not as easy to make in a modern economy characterised by an extensive division of labour and intricate exchange transactions.

The greater difficulty of resource allocation can be attributed to the immense array of consumer goods and intermediate capital goods that are capable of being generated by the higher productivity resulting from specialisation and the division of labour. Decisions arise concerning what articles are to be made and in what quantities and qualities they are to be made. In an advanced economy, there is an inconceivable number of alternatives, rendering the task of resource allocation profoundly difficult. For example, steel can be used to make automobiles, but it can also be used to make skyscrapers, refrigerators, washing machines, cargo ships, and surgical scalpels—not to mention the possibility of substitutes. Moreover, in such an advanced economy, there are millions, if not billions, of individuals each acting purposively according to his value scale. It is clear, then, that resources will not be guided to their most fruitful uses if calculations in kind are the only calculations. The allocation of scarce resources would be chaotic and irrational.

Thus the need emerges for economic calculation. That is, for a means of comparing the results of different resource employments. In this way, resources can be directed to their more important usages. The question arises how are these important usages to be decided. Economic calculation is enabled by the very factor that makes widespread exchange possible: the medium of exchange, viz. money and its concomitant money prices. Money allows for economic calculations precisely because it serves as a common denominator that converts all goods in the market into common terms in the form of market prices.

It is through the market price system that relative importance is attributed to the multitude of commodities in the market. The money prices that are generated by the market represent exchange ratios between commodities and the medium of exchange. One point that needs stressing is that this does not entail measuring the value of goods. Value is inherently subjective and not capable of being measured. Valuation is manifested in the act of exchange and can therefore only reveal an ordinal ranking of goods; it is never cardinal. Money prices are not measurements of value, they are expressions of valuations.

Economic calculation permits the determination of money costs and money revenues. Entrepreneurs estimate the total amount of money they must spend on their expenses (hiring workers, buying raw materials, and so forth) and forecast the revenue they expect to receive from consumers when they offer their goods for sale in the market. In brief, entrepreneurs estimate whether their proposed course of production will yield a profit or a loss.

The profit and loss system serves a vital social function. It is the relentless search of entrepreneurs for profit potentials to exploit that results in the shifting of resources from less important employments into employments that better satisfy the more urgent wants of consumers. This is the essence of what Hutt and Mises called “consumer sovereignty.” It is ultimately not the captains of industry who decide how resources will be used to produce goods and services in the market economy—it is the consumers. As Hazlitt states: “In a free economy, in which wages, costs, and prices are left to the free play of the competitive market, the prospect of profits decides what articles will be made, and in what quantities—and what articles will not be made at all. If there is no profit in making an article, it is a sign that the labour and capital devoted to its production are misdirected: the value of the resources that must be used up in making the article is greater than the value of the article itself.”

The Impossibility of Socialism

In the socialist commonwealth, the only possible calculations are calculations in kind. Monetary and economic calculation is only possible in the market economy where there is private property in the factors of production—without private property, the determination of market prices is not possible. As Mises states: “The paradox of “planning“ is that it cannot plan, because of the absence of economic calculation. What is called a planned economy is no economy at all. It is just a system of groping about in the dark. There is no question of a rational choice of means for the best possible attainment of the ultimate ends sought. What is called conscious planning is precisely the elimination of conscious purposive action.”

In the absence of market prices and profits, the socialist planning board has no means by which to rationally allocate scarce resources to the satisfaction of urgent wants. It has no idea what to produce and in what quantities and qualities. The result is utter chaos and invariably human tragedy and disaster.

While economics is a theoretical science, and the criticism developed by Mises is valid a priori, it is helpful to analyse the historical record and see what happened when the socialist programme was implemented. From 1918-21 the Bolsheviks implemented pure socialism in Russia. The means of production were collectivised and the market and money were abolished. What followed was one of the darkest chapters in human history. Trotsky said they stared into the “abyss.” Russia was plunged into deep privation. It was so disastrous that it was abandoned after a few years to prevent total annihilation. Never again did the Soviets attempt to abolish the market. As Austrian economist Peter Boettke points out, from 1921 onwards, the soviet economy was essentially a controlled or hampered market economy.

100 years have passed since Mises proved the impossibility of socialism and yet fervour for socialism, fuelled by economic illiteracy, never dies. It is incontrovertible that the institution of private property—and its corollaries market prices and profits—are the foundations of civilisation. The attempt to abolish them always results in the tragic demise of civilisation.