Neoreactionary and related analysis of politics and meta-politics

Nicki Minaj last week went on a refreshing tirade against a journalist who was suggesting rather forwardly that someone within her family sphere would be doxed if he refused to provide her with information.

Hilarious, to be sure, and it has incited a glee on the right that is much like the glee felt after the Taliban were handed victory of a silver platter in Afghanistan. I dub this phenomena “booty envy.”

Booty envy is a shameless clone of Taliban envy, coined by Apex on his Substack blog: 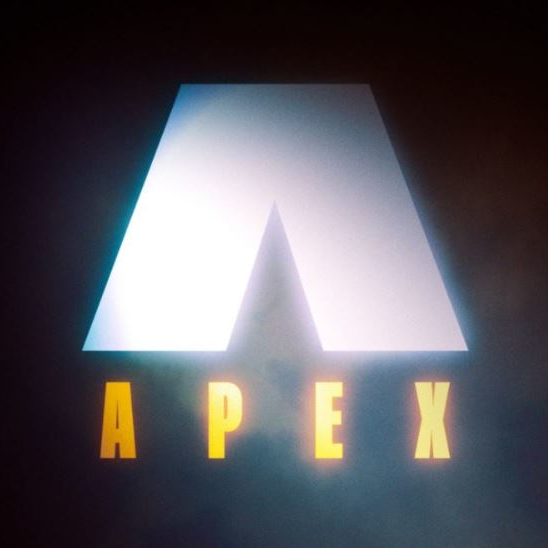 Apex’s Notes
The LARPing will continue until morale improves
There’s been quite the epidemic of “Taliban envy” (for lack of a better term) on some corners of Twitter I either frequent or observe. Certainly I could stand here and pontificate about the moral characteristics of the Pashtun fighters or whatever it was I saw yesterday. But that’s boring. Instead, I want to ask where the Taliban envy comes from…

Booty envy exists for the same reason as Taliban envy. The right-wing finds the institutions that are supposed to stand for right-wing values to be worse than useless (we’ll get to them later). Serious right-wing dissidents are desperate to make any headway at all against the biomedical security state. Naturally, when a celebrity who is effectively un-cancelable rouses a demographic that is known to be particularly rowdy against the regime, this is celebrated. The right wishes it had the power of Nicki Minaj’s absolute dump truck of a behind, supported by tens of millions of dollars.

Of course, this type of celebrity is not at all a person of the right – she is the quintessential pop music celebrity, the embodiment of everything we oppose. Minaj’s anger may be a convenience, but she is certainly not an ally. Take a listen to this clip from her Instagram, played on Tucker Carlson’s show:

A naive listener will only find the friendly ideas: her desire for free speech and anti-needlecraft position. The discerning listener will recognize the specifically racial and sexual angle she takes. She is talking about the ability for black women to speak out about something, and is referencing eras in American history in which they did not have this freedom. Her interests are tribal first. She is not so much concerned with the general principle of free speech and bodily autonomy in the way a European philosopher might be. Do not make the mistake of welcoming such a creature into your camp, without a very careful deliberation on the wisdom of doing so.

Of course, I am perfectly happy to have Minaj going at it, and I’m perfectly happy if BLM hosts a few block parties in protest as well. I won’t interfere with it, or counter- signal it, but I will recognize that their victories are not mine, even if they prove convenient to me, or even desperately needed.

Now, getting to those useless institutions. The other side of this coin is the equal-but-opposite reaction of literally being trolled by the other side.

AOC’s Met Gala dress was an item of much tweeting over the past week. The right-wing just cannot help itself but to chomp on delicious bait and bring attention to its most hated enemies. In fact, worse-than-useless institution number one, The Daily Wire, went as far as to proactively make cool propaganda for her:

Wow. Great job making your enemies look really awesome. Imagine if The Paper Of Record put out custom images of Florida Governor Ron DeSantis looking very patriotic and powerful. A really a good litmus test to run when you are about it produce any media, including tweets, is to ask yourself: Would my enemy provide this content for my side, if the situation were reversed? There is really no way the right is going to surmount the tyranny of algorithms when it is literally spending more time feeding the algorithm exactly what it wants than what it doesn’t. Imagine if the endless boomerism machine that is mainstream conservatism was spending its time by promoting actual dissident right media. And yes, it is possible. Curtis Yarvin just appeared on Tucker Carlson’s show only a few weeks ago. The bandwidth is there for us to occupy, if we just had the will to seize it.

How to do this? I don’t know, but one thing I am trying lately is digging into the comments of particularly interesting thread, finding a right-wing normie arguing with a left-wing normie, and injecting some spice into the conversation.

@batmacgyver @Trixi888 If you think this ends with your side winning, you are gravely mistaken. The more violence the regime uses, the shorter its lifespan will be.

Again, the fact that Yarvin is now in Tucker’s sphere shows us that it is possible. Just do anything but promote your enemies. In fact, don’t even talk to them. One thing my twitter followers won’t realize is that I block every single leftist I encounter. I have virtually every news, sports, and media entertainment account blocked. I see none of it. I even block the zero follower NPCs that appear in my feed. When I go into one of these threads, looking for a place to drop a response, I block every leftist I find. I usually even block the leftist in the thread I post in, so that only the right-winger I am teaming up with even sees it. The guy I was responding to just above is blocked (he deleted the tweet, though). Why would you talk to your enemy? In the history of warfare, when have the foot soldiers on one side held conversations with the other? During the first World War, British officers wisely prevented their soldiers from associating with the Germans after the famous Christmas truce of 1914.

This gets into a general pattern I’ve noticed of right-wingers failing to truly internalize their own narratives. In this case, it is the friend/enemy distinction. There are a number of different narratives we could talk about, but that’s for another time….

Last minute insert: As I was about to hit publish, I learned that Black Lives Matter is actually causing some trouble. And of course, in the worse-than-useless department, we have the classic:

Never thought I’d support Black Lives Matter on anything but here we are.

BLM Is Threatening An ‘Uprising’ Against ‘Racist’ Vaccine Mandates https://t.co/SJKrSe1B56

Please, do not “support” Black Lives Matter. I do not support them; I do not support anything they do. If they happen to be doing something that might help me, I won’t try to stop them. In fact, I won’t bother interacting with them at all, even when they are doing things I don’t like.

This guy seems to get it:

BLM never makes sense. They are protesting the restaurant instead of the vaccine mandate and not addressing the fact the “mandate” was put in place by politicians they support. It’s like they always find least logical path to resistance.

NEW YORK: BLM activists confront the Carmines restaurant continuing to accuse them of being racist after an altercation over vaxx papers took place a few days ago

BLM is a dangerous animal. It has no logical or even coherent set of goals other than its tribal interests, just as I mentioned earlier. Going anywhere near such a thing, if you are not a member of those tribal interests, is extremely dangerous. This is a force of nature that you should not wish to have anything to do with. Whatever BLM ends up doing in this round of action, it will seek above all to shore up its own power at the expense of competitors.