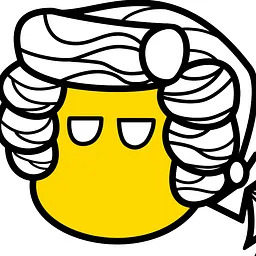 Most reactionary authors are acutely aware of the idea that civilisation is a rare thing. In a grand sense, civilisations are innately difficult to establish and even moreso to maintain. They know it occurs either side of long periods of barbarism like a short summer between long winters. We shall therefore posit that barbarism, rather than a vague idea of something negative, or a term to describe “rough” people or practices, is the concrete antithesis of civilisation. Even those aforementioned reactionaries tend to speak of our current societies as a “civilisation in decline.” This I believe, has ceased to be valid. What we have now is not only a barbaric society, but the most barbaric society, largely without comparison. The caste of leaders are barbarians, and the plebeians have no optimatium ordinis to show them an example of anything else. Instead, there are only poor and rich barbarians.

Barbarism has been reduced to a dead form in the popular imagination (as have ideas like aristocracy, monarchy and masculinity1). As opposed to a serious threat, it appears as a caricature – men in furs and skins, wielding axes and biting shields around campfires, nomadically eking out an existence by raiding, raping and pillaging the static societies around them. It exists as something conceived of aesthetically, as opposed to what it is, which is a distinct and concrete state of societal being. What we presently inhabit is not something which can reasonably called a period of civilisation. We live therefore, in a period of barbarism (I venture to say there is no real in-between state).

But surely, says our opponent, our ways remain civilised and genteel, do they not? We are not marauders holding council among corpses and fire – we inherit and inhabit great institutions, both materially and immaterially. This is the potency of the aesthetic conception in the minds of most people. What they do not realise is that a barbarian society can be just that – a society. A state of being manifested in the skin of the civilisation that fell prey to it, quite literally still wearing its clothing, as a goth might don a slain centurion’s helmet. A barbarian society can be composed entirely of outwardly genteel men, resigned to (or rather, scared of) only using bloody force when absolutely necessary, or those who engage in barbarian activity despite their tireless mouthing of supposedly civilised principles. Does not the police chief remain resolutely committed to free speech as they destroy those who speak out against their masters? Does not the modern president speak of humanity and peace as his aircraft sow hellfire on the other side of the world?2 Our leaders differ from the barbarian ancients in chiefly in this way – the chieftains of old were expected to lead from the front, so to speak. They certainly engaged personally in their share of marauding and violent control. Our leaders are not simply barbaric, but craven, as they partake in none of the vicious aspects of barbarity themselves, but expect others to do it all for them. In periods of civilisation, it is sometimes expected of authorities to carry out their own executions, among other things. Even when they do not, civilised leaders remain cognizant of what kind of state they run. They can explain both to their own conscience and to the conscience of others why men are being beheaded in the public square or hanged upon the county gallows. Present barbarian leaders have no rationalisation for policing their subject beyond vague and irrational liberal principles. They might not even be aware that their people are de-personed for holding unacceptable opinions, or imprisoned for the same offence. Does a modern barbarian leader have any recognition of the fact that criminal scum run amok among peaceful citizens despite the obscene quantities of money and powers of overreach they award their police forces? Or that those same forces are then used overwhelmingly on peaceful citizens guilty only of dissatisfaction with the state of things? Such happenings are a thousand miles from the concern of a modern barbarian lord, content with their maintenance of the systems of money and debauchery, under which the population suffers and gluts itself upon, respectively. That, in a nutshell, is what it means to have a liberal, bourgeois civilisation: the right to be debauched. Be as moral as you like, the barbarian liberal tells us, as he surrounds us with flagrantly immoral neighbors.

It is a barbarian society that allows known criminals and degenerates to roam largely unimpeded by a law quite capable of locking them away, but ceaselessly hounds those who might point this contradiction out with a lifetime of ostracization and difficulty.

It is a barbarian society that destroys countless unborn infants in the name of a promiscuous life, and encourages the young to mutilate themselves in a spirit of schizophrenic sexual madness.

It is a barbarian society that permits or incentivises the enslavement of men to machines and medicines in the name of societal continuation, when any sane man would do away with it at once.

Most of all, it is a barbarian society that denies the worship of all gods but man and money. Even a false creed is superior to no creed. The barbarians of the ancient world might have worshipped pagan gods, but they at least possessed gods beyond their own lusts. Man, I think, is the only truly false god.3

We have spoken at length on the decline of Christianity, but it is not even true that western man needs Christianity to have a civilisation. There are other pillars he can rely on, but now, we have lost everything immaterial that we might rely on for support. Our last reserves of heritage have dried up, and when he is stripped of the Christian tunic and the classical toga, there is nothing left of the European but a pale-skinned barbarian.4

As we have often maintained, hierarchy is the golden principle of any healthy society, and the centerpiece of anything civilised. Barbarianism is a levelling force, because that is what constitutes order in such a society. Indeed, moreso than being the tribal anarchy of the popular imagination, barbarian societies are always more dictatorial and rigid than civilised ones, because a barbarian has no hierarchy by which he can simply prefer. He worships or he hates, without nuance. Around us, we find that law and order, where they are kept, are no longer kept by any civilised process. Society has conjoined into two parts – rulers and ruled. Gone are the innumerable and complex layers in-between required for a civilisation. Law is no longer a shared and widely-held principle between men, but something one encounters only by the swing of a truncheon.

It therefore stands that we reactionaries are no longer concerned with saving our civilisation from barbarism, but rather with building the next civilisation, of navigating our fallow lands through to the next summer without starving. Once there, we can lay down our foundations along the Tiber, and see that the values which moved our ancestors to greatness animate our children likewise.

This problem of “aesthetic conception” is essentially the condemning of an idea to purgatory. To imagine, say, the aristocrat as no more than a Bertie Wooster (a harmless, humorous, wealthy lackwit) is to neutralize the concrete ideal of aristokratía (αριστοκρατία) that so governs any healthy society. Modern societies often play this game. Look at the average portrayal of a medieval society – it reduces something concrete and admirable to a meaningless and negative caricature in the minds of most people, thus checking any attempt to do away with liberalism, which is, we are told the best system available to us. This relates to our “leprosy principle” – that a society with liberalism is like a man with leprosy who infects everyone else so as to appear healthy.

This is a western tradition that dates back to the colonial era, as European or European-inspired armies destroyed practically all non-western forms of government around the world. In the end, all colonialism really achieved was the spreading of liberalism all over the globe. See “leprosy principle” above.