Memes at the End of Deconstruction 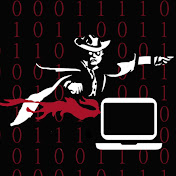 Dissident discourse in a post-modern age.

An interesting meme crossed my path today. Perhaps worth commenting on?

The GIF linked is a variation of an old StoneToss comic called “Opposites Attract”. It’s probably not “old” in any real sense, but if you have been to right-wing spheres online this last half-decade then you’ve all seen this strip re-memed with each new iteration of the culture war since 2018.

The message (as it’s usually read in most of its commonly circulated versions) points to a shifting political dialectic in the West where old (mostly economic) distinctions between left and right are gradually back-staged to make way for a more pertinent conflict between left and right characterized by cultural and moral issues.

But something on this latest instantiation is different. This newest re-meme replaces the old right-left dichotomy with a cacophony of confusion. The narrative has not so much been reconfigured as shattered; unraveled and then re-spooled across so many different axes that no one can figure out what the hell is going on.

And it should be said, it was always going to go this way. What we are experiencing in late modernity is less a realignment than a disillusion. No one is going to wake up tomorrow and find a new “Democrat vs Republican” conflict or a new “Cold War” with the old political positions realigned, slightly, via some ideological super-position. That’s how we used to think history worked, but that’s not going to be our future. And more people on the online “right” are starting to wake up to this reality.

But oddly enough, what caught my attention about this meme wasn’t its content so much as its source. As the name of the poster above (@highprogressive) implies, the left is all over this meme. Along with the Ukrainian flags and “Ghost of Kiev” stories, this modified reactionary comic strip certainly has made the rounds on the left side of the internet, raising laughs from the least expected places.

But, might I be forgiven for asking: do they actually get it?

I understand what the original right-wing laugh line was. I even understand the more depressing message of the modified meme. But what does a text like this communicate to the modern left? What resonance does this have for a user who unironically pushes the mainstream leftist narratives about the war while cramming the absolute maximum number of Ukrainian flag emojis into their profile title?

For one, I think it’s all a mistake. A pattern of habit many leftists have fallen into but which is rapidly making less sense these days. Leftists look at this comic and think “deconstruction”. And for the leftist imagination “deconstruction” is always equivalent to “victory”. “Deconstruction” means taking another step forward and dunking, yet again, on one’s political enemies. The narrative of such a deconstruction (of a right-wing comic no less) writes itself:

Look at those CHUDS, they probably loved what the original comic was saying, but now it’s all falling apart. Events have left their fancy narrative in tatters!

But hold on. Whose narrative is in tatters this time? Perhaps the accounts with the blue and yellow flags haven’t read the strip closely? If they had, they might understand that their narrative is in the docket on this one. The great maw of left-wing deconstruction opens to welcome another morsel only to realize that it has swallowed its own tail. Self-deconstruction is at hand.

As has been said often in dissident circles, insofar as the left stands for anything (other than chaos) it stands for politics and political struggle. In fact, the politicization of everything has been both the most powerful engine and the most abundant fruit of the left-wing’s ascension in the late 20th century. The formula is simple, take some solid fixture of culture, tradition, or society, deconstruct its narrative, confuse its teachers and redirect its followers towards politics. Once there, an abundance of emotion and confusion flattens all conversation into its most basic and Schmittian form: friend versus enemy, good versus evil, right versus left, the eternal tug-of-war. There doesn’t need to be anything learned by this process, at least for the left, because inside this dynamic they always win. The question of “who rules” will always bleed out power, and that power will always be seized by those readiest to take it at all costs.

Of course, there is a limit to this process, often alluded to and seldom described. And I think we see the beginnings of it in this comic. The process of politicization is corrosive. It goes on slowly, burning like rust at a foundation until its collapse, until chaos, until Bellum omnium contra omnes. And what does that look like? Well, let’s start with the meme under discussion, which, if not depicting the end itself, certainly portrays its penultimate note.

The progressive formula for cultural deconstruction depended on deconstructing everything BUT politics, everything BUT the eternal tug-of-war for righteousness that has you standing shoulder to shoulder, fighting to the death with your intersectional comrades against the evil fascists to whom you owe nothing.

But what happens when this political narrative itself becomes unstable? A brother one day might be a fascist the next. A noble oppressed person this news cycle might be a dangerous terrorists as the party changes its tune. It’s better when the sides are well-demarcated. After all, that’s what intersectionality is for. But with everything so confused? With people fighting on both sides? It starts getting scary.

Of course, people have short memories. Ret-conning is a thing, and narrative control works well when the media is on your side. 40 years of hard affirmative action still haven’t broken Asian-Americans away from the “collation of the oppressed”. People can forget when they have been scammed, a bit. But what about when things get more serious? When people have their savings frozen? When they have their jobs destroyed? When they are hauled off to jail? When the tanks start rolling into cities? When people are getting shot and killed by bombs? Much harder to forget and let it all slide by. And then suddenly the confusion is a lot LESS like the politics leftists have come to know and love.

Under conditions approaching chaos ordinary collations and “sides” don’t work the way they once did. Your political ally one day is your tormentor tomorrow. The party you advocated for last year will rob you of everything you own the next. The swords you gave your fellow senators in February will be the blades in your back come March. And it’s just another day in the land of Thomas Hobbes. It’s no country for leftists and their silly notions of progress, unless the faith of John Rawls is a more hardy religion than I take it to be.

This is what I think is going to start taking place slowly, occurring on a psychological level well before the facts on the ground change. Politics will transform into confusion, then from confusion into an imperative to survive and persist at a more basic level. To make sure what is most valuable to us persists.

Where does this change in consciousness begin? In memes first, I think. Then follows the rest of our culture. And just as with other forms of technology, war accelerates this memetic progress.

We are already starting to see a few examples of this here and there, but perhaps my favorite comes from years back, in 2016, the last time our progressive masters let loose the dogs of war (that time in Syria) and progressive NGOs produced a short-film designed to tug Western heart-strings on the topic of Syrian refugees:

To my fellow right-wingers, I would be saving this vid, because whatever message the producers thought it would impart to viewers in 2016 (still in 2022?), it probably will have a quite different flavor ten years on.

In fact, I couldn’t stop from misreading the literal message which flashed on the screen at the end: Just because it isn’t happening here, doesn’t mean it isn’t happening. Yeah maybe. But the caption really should have read: Just because it isn’t happening here yet, doesn’t mean it won’t in the future. That message would certainly get at what everyone was actually feeling watching this video. And it’s the way everyone will start thinking, more and more, the further we get away from “tug-of-war” political theater and the closer we get to the hard realities of power and consequence.

For a parent, considering what conditions like this would mean, how would one’s political thoughts be governed? Could any consideration in such a scenario be “left-wing” in any way? Not on my reading.

Any family’s political priorities in such circumstances would be clear: the imperative for security, order, and safety; for the re-establishment of some normalcy. Further on there would be questions of law, boundaries, how to secure property and a community that would defend their interests. And after everything there would remain a drive to preserve life across the generations, to come through it all having defended what mattered: family, faith, and people-hood.

Conversely, I am not sure there could be any room for “Diversity, Equity, and Inclusion” in the minds of our short film’s fictional family. I am not sure the World Economic Forum would be able to sell them a pod with the promise that people who don’t own things are “happier”. Platitudes from far-off bureaucrats about a “world village” might seem quite hollow as the larger questions about survival and eternity loom large.

At base, while leftism will always dominate politics inside ordered societies far from danger, the inclinations of the right will always be the method of humanity when closer to its natural state of chaos. When the narratives we surround ourselves with decay, we default to our most basic loyalties and drives. The “friend-enemy” distinction in politics ceases to be about what can benefit and actualize our lives and becomes instead about the things we dedicate our lives towards.

To be honest, this has always been the reality behind the convoluted narratives woven to hold our society up and to obscure the pit of chaos waiting to swallow us all. For a time those narrative tapestries guided us rightly, even as they obscured the brutish nature beyond. But presently democratic wrangling has left them tattered and threadbare.

Perhaps a little more deconstruction and we can see where humanity really stands?

Just keep pulling on that thread.