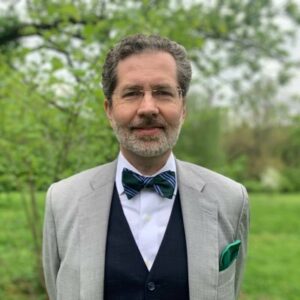 I asked Black Horse, frequent contributor to my show Radical Liberation, to update his analysis of the Twitter deal in light of Elon Musk negotiating a buyout of Twitter with the Board. We discussed this originally in The Twitter Takeover.

Note that the deal isn’t done yet…

On April 4th Twitter & the SEC announced that Elon Musk had taken a 9.2% stake in Twitter, the next day offering him a spot on the board of directors conditional on the requirement that his stake in the company not exceed 15%. After declining the offer to join the Twitter board, on April 14 Musk made an offer to purchase the company outright at a price of $54.20/share, at ~38% premium over the price of the stock before his stake was announced and a ~20% premium over the price of the stock at the time of the offer. Musk made repeated public statements during this period, primarily via Twitter, that the intent of the proposed purchase was to eliminate censorship from Twitters business practices.

The next day, April 15th, the Twitter board of directors announced that the company would adopt a limited-duration shareholder rights plan in order to prevent either a tender offer on all remaining shares, or a forced shareholder vote to complete the acquisition without consent of the board of directors. The resulting lamentations of right-wing social media about the unassailable power of their enemies were as widely spread as they were impassioned. See a selection below, (“The Lamentations”).

On April 21st, this humble podcast in which we made a few claims; First, that the limited duration shareholder rights plan was a tool of negotiation rather than a strategy which would prevent the purchase of Twitter on its own. Second, that mergers and acquisitions are a drawn-out process. That a week had passed between the announcement of the offer without a deal coming together was not an indication that no deal would ever come together. Third, that Twitter’s board would not refuse the purchase offer on the basis that the purchaser was Elon Musk or his vision for what Twitter would become.

The Deal & The Future

On April 25, Twitter announced that it had entered into an agreement for Musk to purchase all outstanding shares of Twitter at a price of $54.20. The transaction was, and continues to be, subject to regulatory approval and standard due diligence closing conditions. On April 28, Twitter released it’s quarterly earnings report with lower-than-expected earnings and a reduced earnings guidance going forward – a likely contributing factor in the inability of the board of directors to find a competing bidder for the company. At the time of writing this piece, April 29, Twitter stock is still trading at $49.80, indicating a perceived significant probability that the acquisition will not close as a result of failure of either regulatory or due-diligence conditions on the deal.

On twitter April 14th and 15th: “If you think politics is downstream from culture…”